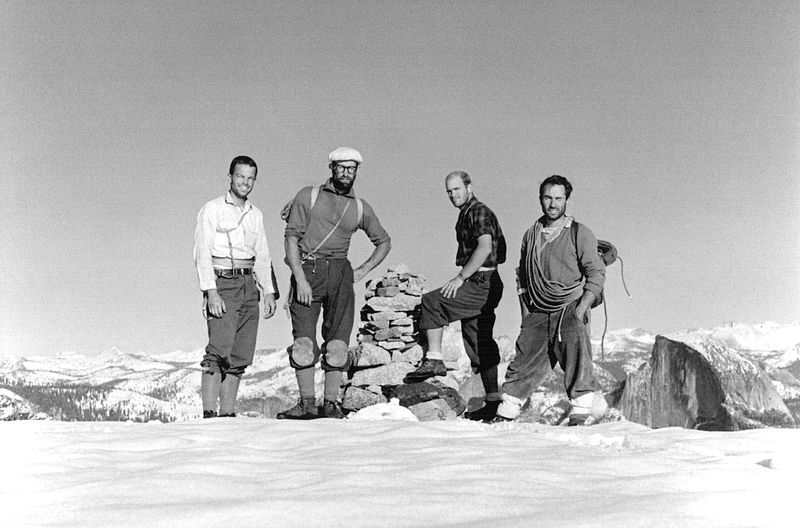 It is with great sadness that I report the passing of Yosemite climbing legend and one of my personal heroes, Tom Frost. Tom was one of the first to climb The North American Wall of El Capitan in Yosemite during the 1960s with Royal Robbins, Yvon Chouinard, and Chuck Pratt. With Robbins and Pratt, Tom did a first ascent of the Salathé Wall and later with Robbins, Pratt and Joe Fitschen, made the 2nd successful climb of The Nose of El Capitan.

Tom was a pioneer whose stunningly beautiful photographs chronicled the early days of Yosemite Climbing and the wonder and majesty of Yosemite itself. He will be sorely missed.

Our deepest sympathies to his family.

Above: Royal Robbins, Yvon Chouinard, Chuck Pratt, and Tom Frost after summiting on the first ascent of The North American Wall. Photo by Tom Frost courtesy of Wikipedia.