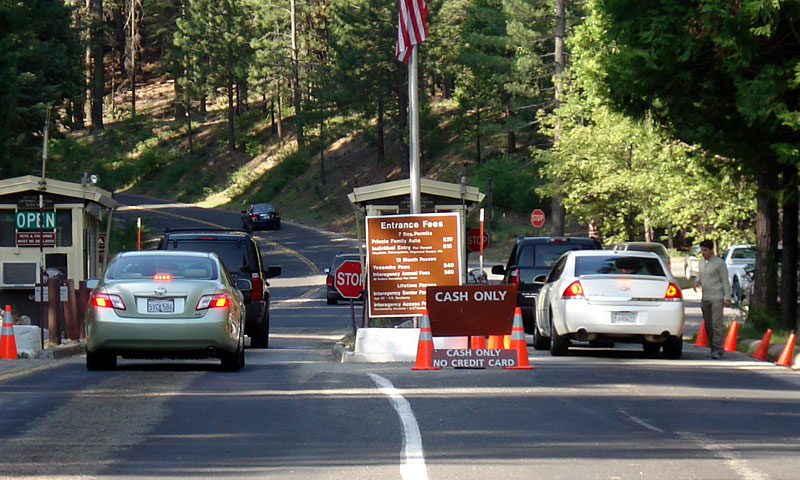 In one of the most ridiculous moves I think I’ve ever seen the National Park Service is proposing upping the entrance fee during busier months to a whopping $70. The justification is that it would help raise revenue to fund improvements throughout the park.

Estimates suggest that the peak-season price structure could increase national park revenue by $70 million per year. That is a 34 percent increase over the $200 million collected in Fiscal Year 2016. Under the Federal Lands Recreation Enhancement Act, 80% of an entrance fee remains in the park where it is collected. The other 20% is spent on projects in other national parks.

During the peak season at each park, the entrance fee would be $70 per private, non-commercial vehicle, $50 per motorcycle, and $30 per person on bike or foot. A park-specific annual pass for any of the 17 parks would be available for $75.

The cost of the annual America the Beautiful- The National Parks and Federal Recreational Lands Pass, which provides entrance to all federal lands, including parks for a one-year period, would remain $80 making it a better value no matter how you look at it.

Now is your chance to be heard. Information and a forum for public comments regarding commercial permit requirements and fees is available October 24, 2017 to November 23, 2017 on the NPS Planning, Environment and Public Comment (PEPC) website at http://parkplanning.nps.gov/commercialtourrequirements. Written comments can be sent to National Park Service, Recreation Fee Program, 1849 C Street, NW, Mail Stop: 2346 Washington, DC 20240.