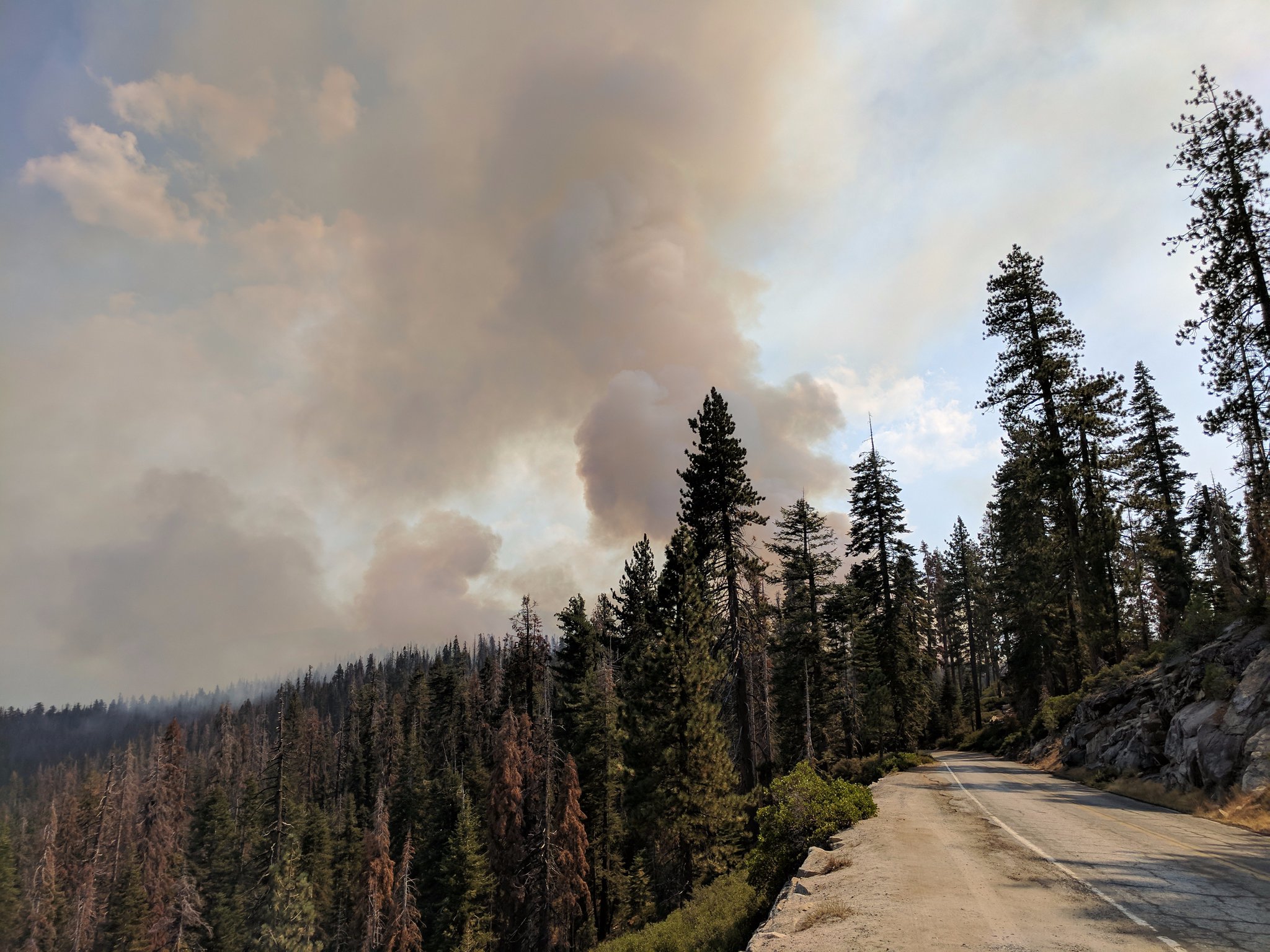 Above: Back burning operations along the Glacier Point Road.

Empire Fire
The Glacier Point Road remains closed due to fire operations as fire crews implement a back burning strategy to harden fire lines along the northern flank of the fire. A perimeter control strategy for the north, west, and southern flanks of the fire to protect Bridalveil Campground, Yosemite Ski and Snowboard Area, Yosemite West subdivision, Wawona Road (Highway 41), and Glacier Point road.

The west and south flanks of the fire are contained, holding, and will continue to be monitored by aircraft and fire personnel. Areas of new smoke may be seen as the fire cleans up areas of unburned fuel interior. The east flank is being allowed to move towards the Illilouette basin to continue to enhance forest resiliency in a fire adapted ecosystem.

Currently the fire has scorched 5,887 acres and is 55% contained.

South Fork Fire
The South Fork Fire remains quiet near the community of Wawona on the west and south flank of the fire. The north flank and the entire east flank are continuing to burn in the wilderness. As fire burns into the high country wilderness it will burn actively through pockets of dense vegetation but will then slow down as it progresses into sparse vegetation and natural granite barriers limiting smoke production.

The following trail and area closures are still in place:

Care should always be taken when entering a burn area even months after fire activity has subsided as dead and weakened trees may continue to present hazards.