Fire Q and A 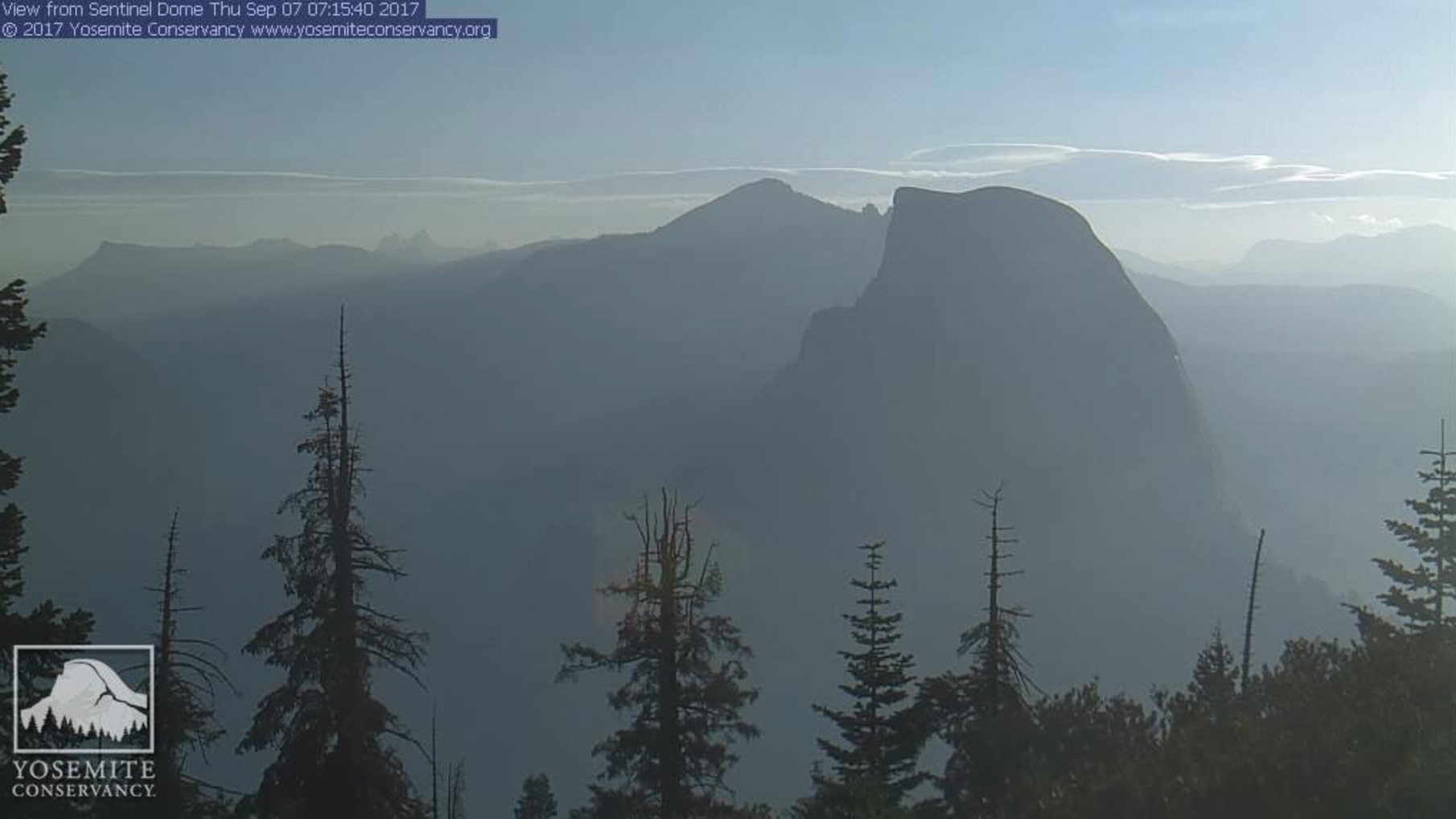 I’ve been getting a lot of questions regarding the fire so I figured a Q and A is probably the best way to answer them.

Is there smoke in Yosemite Valley?

Yes. Especially in the morning when the inversion layer pushes the smoke down overnight. Many of the low drainages and the Central Valley are also experiencing smoke from the fires.

Check out the photo from the Yosemite Conservancy webcams this morning at the top of the page. You can still see Half Dome from Glacier Point but people in the Valley where the smoke is heavier will have a hard time breathing.

Is the fire close the the Yosemite Valley Lodge or Majestic Yosemite Hotel?

No. All the fires are currently burning above Yosemite Valley and well away from the rim. The lodges have a higher probability of catching fire due to a fire in the kitchen than they do from the Empire, South Fork or Railroad Fires.

Is the park still open?

Yes. Yosemite National Park is still open. Highway 41 is closed and expected to reopen as soon as hazardous trees have been removed. Until then there are 2 other highways which make their way into Yosemite. Highway 140 from Mariposa and Highway 120 from Groveland and Lee Vining. All 3 of those entrances are still open.

Update: The Big Oak Flat Road is closed due to a fire that started late this afternoon when an RV caught fire along the road and quickly spread to nearby brush.

Is the Glacier Point open?

Yes, the road to Glacier Point has reopened. Just be wary. Fire vehicles and lane controls may be on the roadway as crews work the fire.

How long does it take to go from Oakhurst into Yosemite on Highway 140?

About an hour and thirty minutes up to two hours. It really depends upon traffic and how you drive. Always remember to drive the posted speed limit. There are lots of wild animals that frequently stray into the roadway and tight turns which are very dangerous. Passing where passing isn’t safe seems to be the biggest problem as is excessive speed. Both can have deadly consequences.

Hot. Dry. And it’s not helping the fires. There are afternoon thundershowers in some areas as well. Bring sunscreen and lots of it.