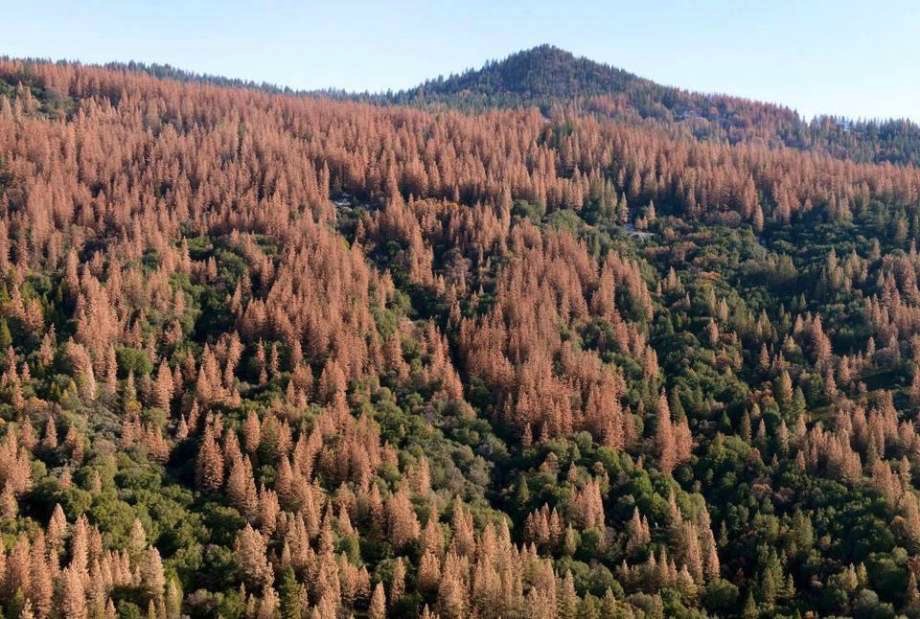 We had a wonderfully wet winter this year which lasted into early summer. So why do we have so many fires then? Tree Mortality. But what exactly IS Tree Mortality? What’s causing it and what’s being done about it?

What is Tree Mortality?

Tree mortality refers to the death of trees in a forest. Tree mortality is a natural process that often benefits a healthy forest ecosystem. With an estimated 102 million dead trees throughout the Sierra Nevada the current tree mortality event is bigger than has been previously recorded.

So, What Causes It?

The immediate cause of the current mortality event is a combination of several factors, a recent increase in bark beetle killed trees and California’s extended drought. Once the trees are weakened by the lack of water, they are much more susceptible to bark beetle attack. Warming temperatures and the mild winters we experienced during the drought helped increased native bark beetle populations. While many view wildfire as bad, historically wildfire has helped maintain healthy forests. This is the current view of the National Park Service and scientists. By reducing flammable debris, such as dead twigs and needles, and also reducing the overall number of trees in the forest, wildfires are far less destructive and they minimize the habitat for parasites like bark beetles. With over a century of fire exclusion in many areas, forests have become extremely dense greatly increasing competition for limited water supplies during drought.

Rising temperatures, below-average rainfall, and increased competition for water as a result of fire suppression have interacted to weakened trees, creating ideal conditions for bark beetles.

We’re Not Out of the Woods Yet

Since 2016, NPS employees and its park partners have removed over 5,000 trees each year that posed direct risk to life or infrastructure, from developed areas such as campgrounds, lodging, picnic areas, roadsides, and housing areas. The NPS has also applied a verbenone, an anti-aggregant pheromone, to healthy sugar pines in developed areas to prevent beetle attacks this year. Outside of developed areas, most of Yosemite is designated wilderness, where NPS allows natural processes to prevail. The NPS has also formed partnerships with the US Geological Survey, US Forest Service,and other academic researchers to study the effects of drought and develop management strategies concerning prescribed fires and mechanical thinning, which may lessen drought impacts.

If you’re interested in learning more about Tree Mortality and what’s being done in and around Yosemite, check out the links below.