Don’t Get Too Panicked About the Plague in Yosemite

In On the Trail, Tips, Travel 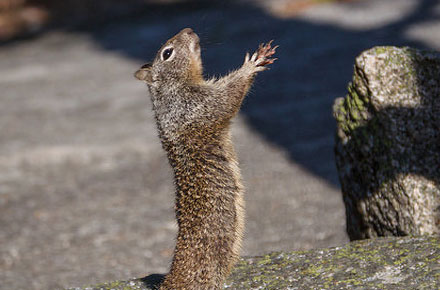 There’s been a lot in the media in the last few weeks about the plague in California. Believe it or not, the plague occurs regularly in California (yes, Yosemite is in California) and the western United States (especially Colorado, New Mexico, Arizona and California) with people getting infected every year. With proper treatment and medicine, most plague cases today are nonfatal. Here’s some information and tips about the plague and how you and your family can stay safe if you visit the park.

Plague cases in the United States 1970-2012. The Illinois outbreak was associated with a research lab. Courtesy of CDC.

From 1900 to 2012 there have been 1006 confirmed or probable human plague cases in the United States. Over 80% of plague cases in the United States have been the bubonic plague. In recent decades, an average of seven human plague cases have been reported each year (range: 1–17 cases per year). Plague has occurred in people of all ages (infants up to age 96), though 50% of cases occur in people ages 12–45 especially men and may be related to increased outdoor activities in men. (CDC) Bubonic plague is the most common form of plague. It usually occurs after the bite of an infected flea. The key feature of bubonic plague is a swollen, painful lymph node, usually in the groin, armpit or neck. Other symptoms include fever, chills, headache, and extreme exhaustion. A person usually becomes ill with bubonic plague 1 to 6 days after being infected. If not treated early, the bacteria can spread to other parts of the body and cause Septicemic or Pneumonic Plague. So how do you avoid getting the plague?

That part is pretty easy.

For more information on the plague, symptoms and how to avoid it, check out this hand out from the Center for Disease Control.