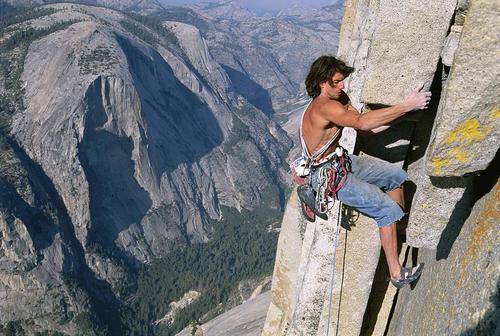 On Saturday evening, May 16, BASE jumpers Dean Potter and Graham Hunt died after attempting a wingsuit flight from Taft Point, a 7,500-foot promontory that overlooks Yosemite Valley and El Capitan.

According to Yosemite chief of staff Mike Gauthier, the pair made the jump late Saturday. Their spotter heard two sounds that could have been impacts or could have been the noises made by parachutes. Following standard protocol, the spotter attempted to contact the pair by radio, with no luck, and then moving to a predetermined meeting place. “They were optimistic, thinking that the men might have been arrested,” says Gauthier. BASE jumping is illegal in Yosemite National Park.

Yosemite Search and Rescue (YOSAR) initiated a hasty search, but the rangers were unable to locate the pair overnight. Potter and Hunt had been attempting to fly along terrain that required them to clear a notch in a rocky ridgeline. “It’s kind of a trickier flight to go through this notch,” Gauthier says. On Sunday morning, a state police helicopter was able to spot both bodies from the air. No parachutes had been deployed. Two rangers were then airlifted to the site to perform the recovery.

Our deepest sympathies go out to the families of Potter and Hunt.