Climber Dies after Proposing to Girlfriend 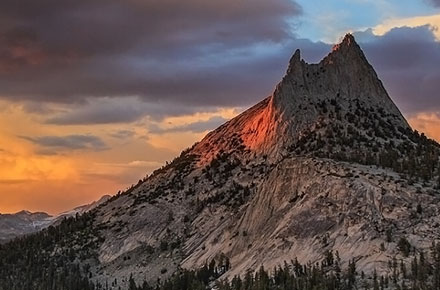 Pictured: Cathedral Peak by Jeremy Weir via Flickr.
A 36-year-old rock climber from the northern Bay Area died Saturday from a fall while climbing Matthes Crest in Yosemite National Park.

Brad Parker of Sebastopol had proposed to his girlfriend, Jainee Dial, at the summit of Cathedral Peak and she had accepted shortly before he fell.

After proposing, Parker headed off to solo climb Matthes Crest about three miles from Cathedral Peak.

Parker’s fall was witnessed by several climbers who were also climbing Matthes Crest. At about 5:45 p.m. Parker fell according to witnesses. They immediately called the park’s dispatch center and rangers hiked to the location of the fall and found the body. Because of the lateness in the day, his body was not recovered by helicopter until Sunday.

The cause of the fall is still under investigation.