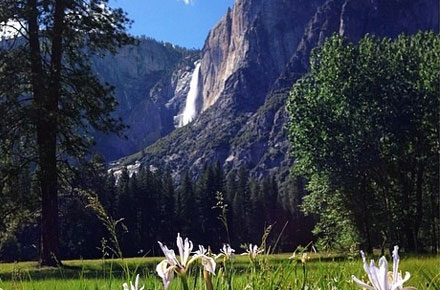 A deal that may expand Yosemite by almost 800 acres making it the size of John Muir’s original proposal for the park has stalled due to opposition from local Congressman Tom McClintock. Declaring his distrust in the National Park Service, is at odds with local state legislators and the Mariposa County Board of Supervisors over the efforts to annex a scenic parcel of land on Yosemite’s western boundary now owned by Pacific Forest Trust, a Bay Area conservation group.

SJ Mercury News: “We’ve held this for 10 years and have the holding costs — the property taxes, management and upkeep, things of that nature,” said Laurie Wayburn, president of the Pacific Forest Trust in San Francisco.

“We are now at a point where we are faced with the hard choice of asking: ‘Are we going to be able to keep holding onto it or are we going to have to sell it to the private market?'”

In 2004, the trust bought the land — a scenic landscape near El Portal that is thick with incense cedar, white fir and sugar pine trees, with breathtaking views — from a family that had owned it since 1925.

Last year, Rep. Jim Costa, D-Fresno, introduced a bill to expand Yosemite’s boundaries by 1,575 acres by annexing the 793 acres owned by the Pacific Forest Trust, and another 782 acres of forested land owned by several doctors, who support the legislation.