More on the Fireplace Fire 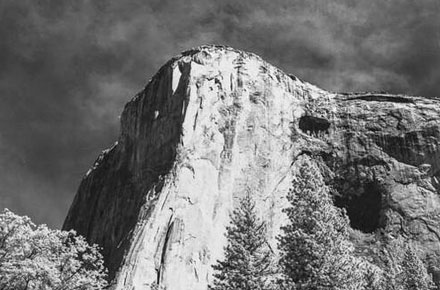 Here’s some more information that just came in from the NPS.

The Fireplace Fire was reported by Signal Peak Lookout at 06:30 AM today. The fire is in the area of Fireplace Bluffs, on the north rim of the Valley, and west of El Capitan. It is between two trails; the Old Coulterville Road, and the trail to El Capitan from Tamarack Flat campground. The fire is directly across from Tunnel View.

Yosemite Helicopter 551 did a reconnaissance flight over the fire and found the smoldering and creeping fire burning through brush and timber, with 1-2’ flame lengths. Some single tree torching occurred.

The fire is being put out with two helicopters, one helitack crew, one Yosemite engine crew and the Sierra National Forest Hot Shots. The fire is visible from many Yosemite National Park locations, including Glacier Point, Wawona, Big Oak Flat and Valley Roads. Smoke is also visible in the communities of Foresta and Yosemite West.

By late afternoon, the fire had grown to 5 acres, but with fire suppression efforts the visible smoke had diminished. The fire at 4PM was 75% contained.

No trails are closed and the fire poses no threats to park infrastructure or facilities. To avoid periodic smoke, hikers are urged to pass through the area quickly.

Thanks for sending the info over!

5 commentsOn More on the Fireplace Fire