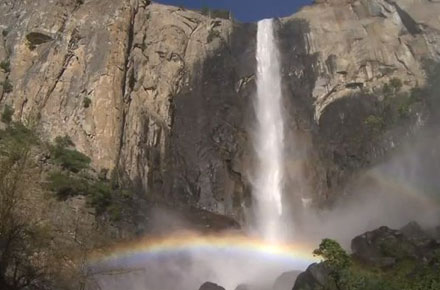 When I first saw the post on Twitter last Friday I knew someone had just opened a can of worms. No drones in Yosemite. That was the final word coming out the National Park Service.

NPS: Yosemite National Park advises visitors that the use of Unmanned Aircraft Systems (Drones) are prohibited within park boundaries due to regulations outlined in the Code of Federal Regulations (CFR). Specifically, the use of drones within the park boundaries is illegal under all circumstances. Thirty Six CFR 2.17(a)(3) states, “delivering or retrieving a person or object by parachute, helicopter, or other airborne means, except in emergencies involving public safety or serious property loss, or pursuant to the terms and conditions of a permit” is illegal. This applies to drones of all shapes and sizes.

The park has experienced an increase in visitors using drones within park boundaries over the last few years. Drones have been witnessed filming climbers ascending climbing routes, filming views above tree-tops, and filming aerial footage of the park. Drones can be extremely noisy, and can impact the natural soundscape. Drones can also impact the wilderness experience for other visitors creating an environment that is not conducive to wilderness travel. The use of drones also interferes with emergency rescue operations and can cause confusion and distraction for rescue personnel and other parties involved in the rescue operation. Additionally, drones can have negative impacts on wildlife nearby the area of use, especially sensitive nesting peregrine falcons on cliff walls.

Visitors traveling to the park should be aware that the use of drones is prohibited while visiting the park and should not be utilized at any time.

The problem most people are finding fault with isn’t that the NPS wants to ban drones, it’s the Regulation they’re citing clearly doesn’t include drones:

Thirty Six CFR 2.17(a)(3) states, “delivering or retrieving a person or object by parachute, helicopter, or other airborne means, except in emergencies involving public safety or serious property loss, or pursuant to the terms and conditions of a permit”

The regulation clearly is stating “delivering or retrieving a person or object” and this is the part that’s the stickler for many. Except for Amazon, most people don’t use drones to drop or retrieve anything. Once could argue that capturing video is retrieving something but the definition of retrieving is “to get back” hence the whole argument. The NPS posted on Facebook that “the drone itself is the object being delivered”. So, it’s the mechanism doing the delivery AND the object being delivered?

I personally like the thought of using a little quadcopter to shoot photo and video. I’ve wondered many times if it was illegal in Yosemite or not and I’ve even considered it. But my better judgement tells me that there’s enough noise and visual congestion in the park already and the idea of seeing 300 little quadcopters zooming up and down the side of El Capitan is a bit distressing and not something I’d enjoy. Not to mention the opportunities for someone to be more concerned with a drone filming them while they climb than focused on climbing and getting hurt.

A lot of this is my opinion and you’re welcome to leave your comments below or on Facebook. Troll comments will be deleted.