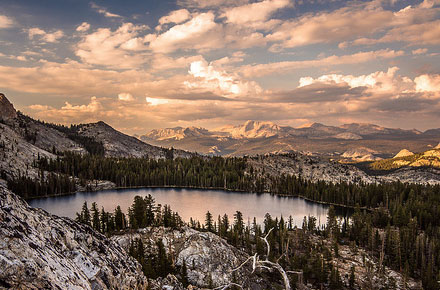 Here’s an interesting story that showed up in the Fresno Bee. A lake in Yosemite that hasn’t had gold mining activity suddenly shows up with a fish that’s unfit for human consumption because of high mercury levels. As you may or may not remember from high school history, mercury was commonly used among gold miners to separate the gold from other materials.

Fresno Bee: Federal scientists studied mercury contamination in 21 Western national parks for years and last week announced bad news for Yosemite National Park — the worst-tainted fish in the entire study was in a lake not far from Tioga Road.

One brook trout in Mildred Lake at 9,600 feet, southeast of picturesque Tenaya Lake, was actually unfit for human consumption — the only fish in the study exceeding that danger level.

Overall, the U.S. Geological Survey study found 5 percent of the freshwater fish sampled in the 21 parks had levels of mercury that were high enough to endanger the lives of fish. It showed that even isolated, backcountry lakes in places such as Alaska have potential mercury problems.

For people, the toxic effects of mercury contamination are ghastly — damage to the brain, kidney, and lungs. And the biggest source of the contamination for people and animals is consumption of fish.

So what is mercury doing in a pristine setting such as Yosemite?

I should probably point out before someone else does that mining isn’t the only way for mercury to get into the environment. There’s fishing tackle and even naturally occurring mercury. In Central California mining is just the most prevalent way for mercury to have entered the environment with thousands of gold mines scattered throughout the regions. But it’s not the ONLY way.