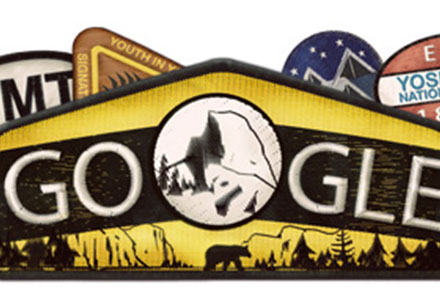 In celebration of Yosemite’s 123rd Birthday even Google has gotten into the act with this awesome doodle.

Today marks the 123rd birthday of Yosemite National Park. That is to say, Yosemite has been around quite some time and rumor has it, a much longer time than before people came to this part of the world. But 123 years ago some people got together and decided that Yosemite was so rare, so precious, that it should be protected from other men to preserve it for us (future generations) to see. They did a pretty good job. Today the Valley is full of cars and traffic congestions, smog, pollution, litter from the millions of tourists. Ok, maybe they didn’t foresee that coming but they kept the park from being mined for mineral riches, privately exploited by large corporations and basically turned into a 3 ring circus. Either way, happy birthday Yosemite.