Not Much Snow Up There 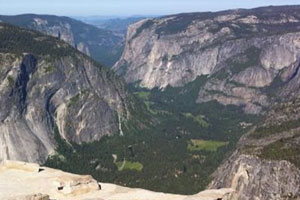 The survey found the snowpack “has not kept pace with the calendar” and it is “unlikely” late-season storms will make up a deficit in water supply.

Dry winter conditions mean lower flows in rivers, creeks and waterfalls throughout the park and an increased fire danger.

7 commentsOn Not Much Snow Up There