The First Car in Yosemite 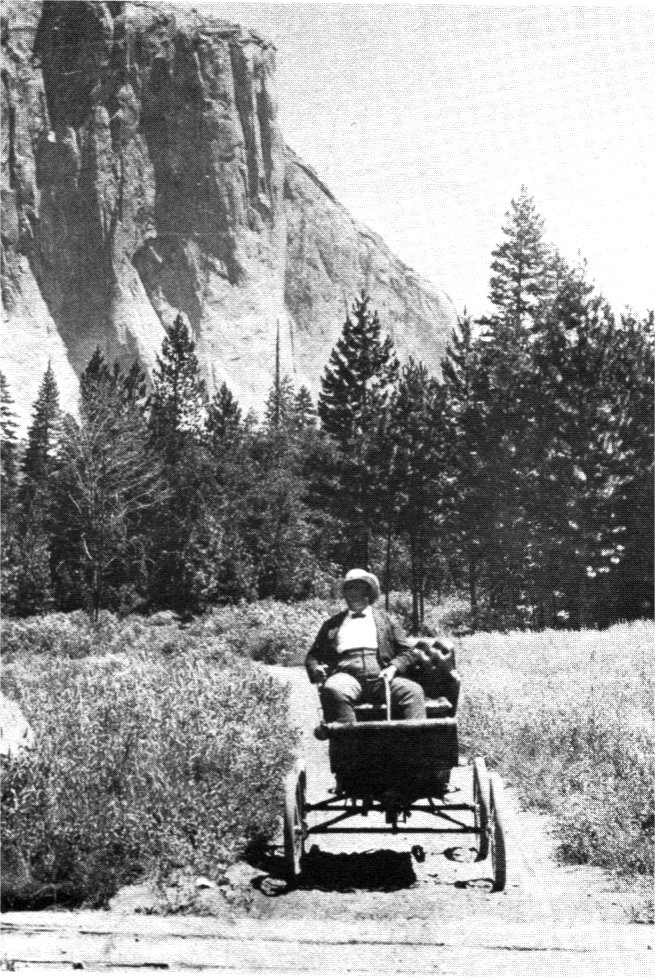 Although today is listed as the first official day cars were allowed into Yosemite, here’s proof they’d been there for quite some time already.

Automobiles were legally allowed to enter Yosemite National Park, California, for the first time on this day, marking a huge change in the national park system. Prior to 1913, most park visitors traveled by train to the park and then took scheduled stagecoach tours. The advent of motor tourism changed the face of Yosemite forever, for it demanded modern, high-quality park roads. (History.com)

Oliver Lippincott was in fact, the first patron of Yosemite to visit in an automobile. The car was steam powered and ran the risk of exploding if the boiler became too hot.

2 commentsOn The First Car in Yosemite