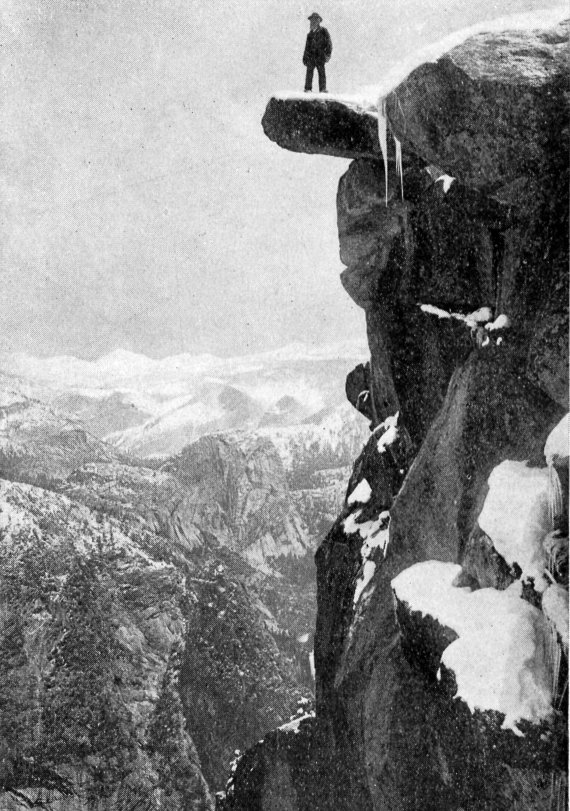 When people say name the most influential person in the creation of Yosemite the National Park almost certainly the first name that comes to mind is John Muir, but there’s a man that even John Muir looked up to for his stewardship of the land and belief that it needed protecting.

Born in New Hampshire in 1814, Galen Clark developed a passion for Yosemite when he first visited the area in 1855 as part of a 17-member pioneer tourist party. After suffering a lung hemorrhage and quitting his job as a packer at the Mariposa Ditch Company, he decided to either find a cure or end his days in the mountain air. Settling at the meadowlands of Wawona in 1857, Clark built a log cabin near a river ford and trail that provided access to both the Mariposa Grove of Big Trees and Yosemite Valley. The road from Wawona—an Indian word believed to mean big tree—was considered the most scenic since it included the famed view of old Inspiration Point. Clark’s rest stop, soon known as Clark’s Station, furnished visitors with meals, shelter, and a place to graze their horses. There, Clark engaged his guests on a variety of topics from fauna and flora to American Indian history and geology.

Despite failing as a businessman, Clark never lost his reputation for hospitality and generosity to weary travelers. “He kindly furnished us with flour and a little sugar and tea, and my companion, who complained of the be-numbing poverty of a strictly vegetarian diet, gladly accepted Mr. Clark’s offer of a piece of bear that had just been killed,” wrote John Muir in The Yosemite.

Muir met Clark at his Wawona ranch during the legendary botanist’s first visit to Yosemite. Over the years, the two outdoorsmen made many wilderness sojourns together in which Clark scrambled through thick chaparral brush in the easiest way. On one 1872 trip, Clark helped set stakes in an ice field on the slopes of Mount Maclure as part of Muir’s glacial research. Deemed the best mountaineer that Muir ever met, Clark sought few comforts when outdoors. He was even rather careless about selecting a bed for the night. “He would lie down anywhere on any ground, rough or smooth, without taking pains even to remove cobbles or sharp-angled rocks protruding through the grass or gravel,” Muir wrote.

On March 24, 1910, a few days before his 96th birthday, Clark died at his daughter’s home in Oakland, California. Decades earlier he had chosen his final resting place not far from Yosemite Falls. He dug his own grave, planted seedling sequoias from the Mariposa Grove sequoias and selected a granite marker. Today, visitors can stand at Galen Clark’s gravesite in the Valley Cemetery and marvel at the growth of those sequoias amidst the expanse of his conservation efforts.

You can find out more about Galen Clark by visiting http://www.nps.gov/yose/historyculture/galen-clark.htm.